Mammary ptosis is defined as sagging of the gland and stretching of the surrounding skin. The breast is positioned too low, frequently “displaced” in its upper part. The ptosis may be a long-time condition but most often occurs after significant weight loss or pregnancy. There may also be a certain degree of mammary hypertrophy or hypotrophy.

The goal of the surgery is to reposition the areola and mammary, to reshape and lift the gland and to pull back the extra skin in order to create two evenly-balanced breasts that are nicely shaped and lifted.

Depending on the case, the scar is kept within the areola or paired with a vertical component.

A breast examination (mammogram or ultrasound) must performed before the surgery.

When the ptosis is associated with an insufficient size (mammary hypoplasia), it may be desirable to insert a prosthesis during the same surgery to give the breast a satisfactory size.

This surgery is performed under local anaesthesia with hypnosedation or, if the patient prefers, general anaesthesia, and it lasts about an hour and a half. A shaping bandage is prepared at the end of the operation.

One day in the hospital (outpatient surgery) is sufficient.

Our educational videos of procedures contain information media and notes – –
Click on the image below to watch! 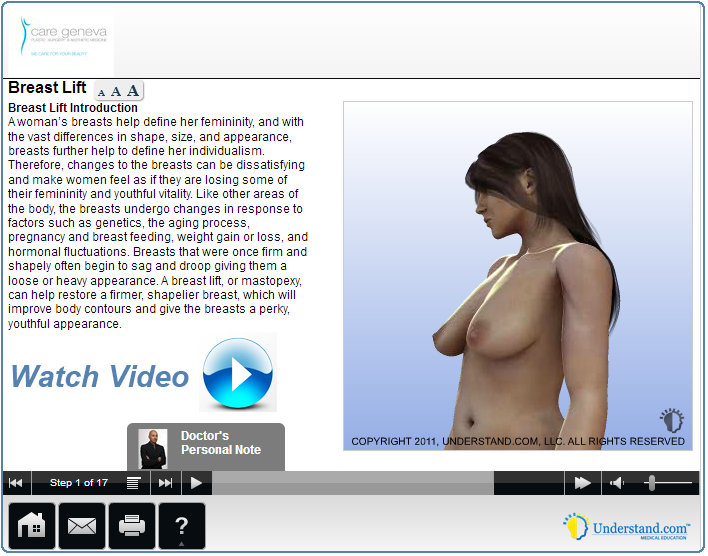 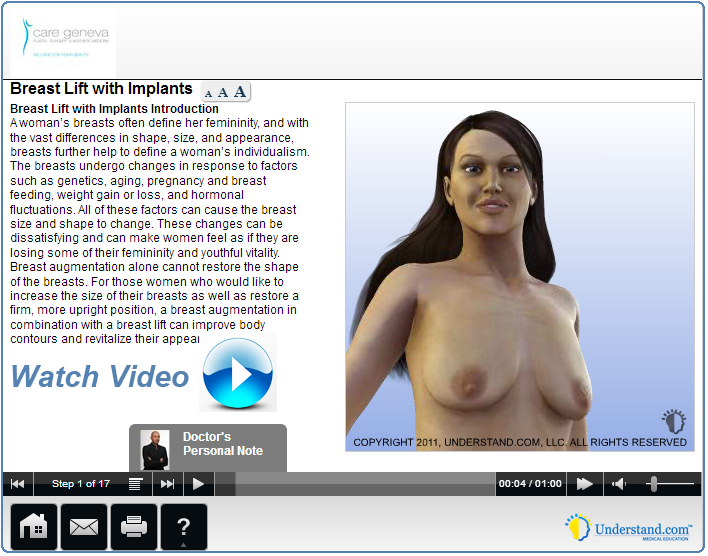 Generally, recovery is only slightly painful. Swelling and bruising, as well as discomfort when raising the arms, are commonly observed. Lymph drainage is offered to accelerate the reduction of swelling and the softening of scars.

The first bandage is removed after 24 hours and replaced by a special bra to be worn day and night for one month. The absorbable stitches do not need to be removed. It is reasonable to expect to stop working for 7 to 10 days for convalescence. We recommend waiting one month before resuming sports activities. 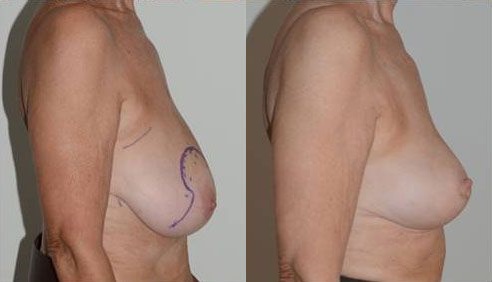