Liposuction or its synonymous liposculpture is a technic that enables to drastically and permanently eliminate excess of localized fat that generally does not go away despite a healthy diet and physical exercise.

Provided that these fat cells are unable to regenerate, thanks to liposuction there will not be a recurrence of  fat excess after.

In most cases, liposuction is performed on an outpatient basis under local anesthesia. Depending on the situation and the importance of the areas being treated, it may be performed under general anesthesia.

Liposculpture can be performed in association with lipofilling. IN the below video we describe this combined technique as an alternative to breast augmentation: 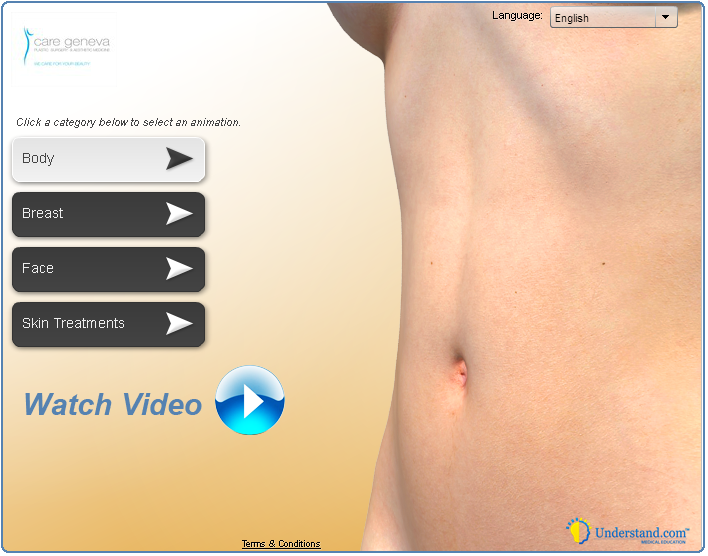 Liposuction is applied to a large number of areas of the body. For example “saddlebags”, hips, abdomen, thighs, knees, calves, ankles, arms, face and neck (double chin, oval of the face).

To do this, a blunt cannula is introduced under the skin, from 4 mm incisions. This cannula is perforated at its distal end and connected to a closed circuit. Then, negative pressure is induced in the circuit. Thus, the excess fat cells are sucked in a harmonious and non-traumatic manner.

Sometimes bruising (bruising) and edema (swelling) appear in the areas treated. In addition, the pain is variable and in most cases controlled by conventional analgesics. Finally, we will advise you to wear an elastic compression sleeve is recommended for 2 to 4 weeks to avoid swelling and allow faster recovery.

PAL is the most frequently used liposuction technique. Indeed, this technique makes it possible to facilitate the intervention. It is also a safe technique with reproducible results. Unlike other techniques, PAL minimizes the risk associated with the surgical technique.

High definition liposuction makes the figure more athletic. Indeed, this technique highlights the relief of certain muscles. It is called “high definition liposuction” in French. It is an evolution of the PAL technique (see above). Hence, This new technique allows to go a little further in the search for precision and emblematic details of a slender and healthy body. Thus, the abdomen, shoulders, arms and pectoral area are most often treated in men. A chocolate bar, a well-defined deltoid, a protruding biceps, this is what we are trying to achieve. Finally, we can consider high definition liposuction if you have good skin quality,

Cellulite is the uneven and unsightly appearance of the skin that usually appears with age. Its main causes are thinning of the skin and increased fatty deposits. First, the fibrous spans between the fatty lobules have connections to the skin. Second, the increase in fatty deposits induces a distension of the spans. Thus, the irregular hollow and bumpy appearance of the skin appears. In addition, thinning of the dermis aggravates this phenomenon. finally, its fibrous bands are mainly present in the buttocks and thighs.

Unfortunately, cellulite remains difficult to treat. This is because liposuction decreases fatty deposits, but has no effect on thinning the dermis. However, one can improve results with lymphatic drainage. In case of excess skin, a buttocks or thigh lift may be considered. In any case, it is useful to combine these treatments with dietary hygiene and regular physical exercise. Finally, other treatments such as endermology or mesotherapy have not proven their effectiveness over time and only temporarily improve the appearance of the skin.

– Can we regain fat mass after liposuction? If you keep a more or less stable weight, you should not gain fat in the treated areas.

– Can we lose weight with liposuction? The goal of liposuction is not to lose weight but to beautify the figure. Indeed, weight loss is an indirect consequence of this technique.

– What happens 10 or 15 years after a liposuction? With age, the skin becomes thinner and irregularities can appear in the event of poorly practiced or too aggressive liposuction. Therefore, it is necessary to anticipate this problem by a rigorous technique.